The Time to Rebuild the Labor Movement is Now! 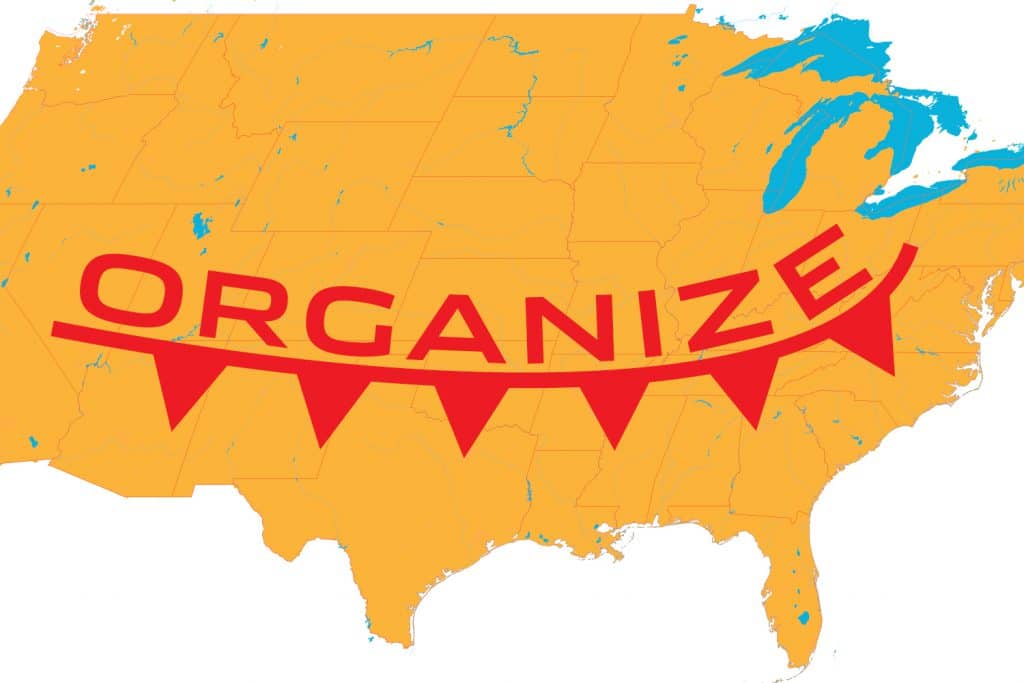 The Janus decision this Summer is part of long period of a sustained, intense, right-wing offensive against working class Americans. Sadly for us, the offensive has been overwhelmingly successful. Ever since Ronald Reagan broke the PATCO strike in 1981, the rate of union participation has been on a steep decline. In an inverse relationship, the share of income going to the wealthiest 10% has been steadily rising. A recent Princeton University paper, Unions and Inequality Over the Twentieth Century: New Evidence from Survey Data, documents the data, which an earlier study by the Economic Policy Institute makes graphically clear.

Working class power has declined about as far as it can go before what is left of democracy in our country will be hopelessly lost. To turn this around and regain the initiative, I believe the labor movement collectively must do the following:

There are signs that the labor movement is beginning to do some of these things. As a member of the NEA, I am part of the first union in the country to have a top level leadership made up entirely of women of color. As a delegate to our Representative Assembly last Summer, I got to witness first hand the union solidarity represented by having the presidents of both the AFT and AFSCME address our assembly. Those presentations can be seen here.

The most exciting event of the convention was the passage of a new resolution titled "White Supremacy Culture" which reads:

The National Education Association believes that, in order to achieve racial and social justice, educators must acknowledge the existence of White supremacy culture as a primary root cause of institutional racism, structural racism, and White privilege. Additionally, the Association believes that the norms, standards, and organizational structures manifested in White supremacy culture perpetually exploit and oppress people of color and serve as detriments to racial justice. Further, the invisible racial benefits of White privilege, which are automatically conferred irrespective of wealth, gender, and other factors, severely limit opportunities for people of color and impede full achievement of racial and social justice. Th erefore, the Association will actively advocate for social and educational strategies fostering the eradication of institutional racism and White privilege perpetuated by White supremacy culture. (see Report of the 2017-18 NEA Resolutions Committee).

The struggle within the NEA to officially acknowledge white supremacy and take a princpled stand against it was years in the making. I can't begin to describe the joy in the assembly when this victory was finally won.

We still have a long way to go to turn things around to begin moving from a long, painful period of decline to one where we seize the offensive and fight to take back what is rightfully ours, but there is no time like the present. The time to rebuild the labor movement is now!