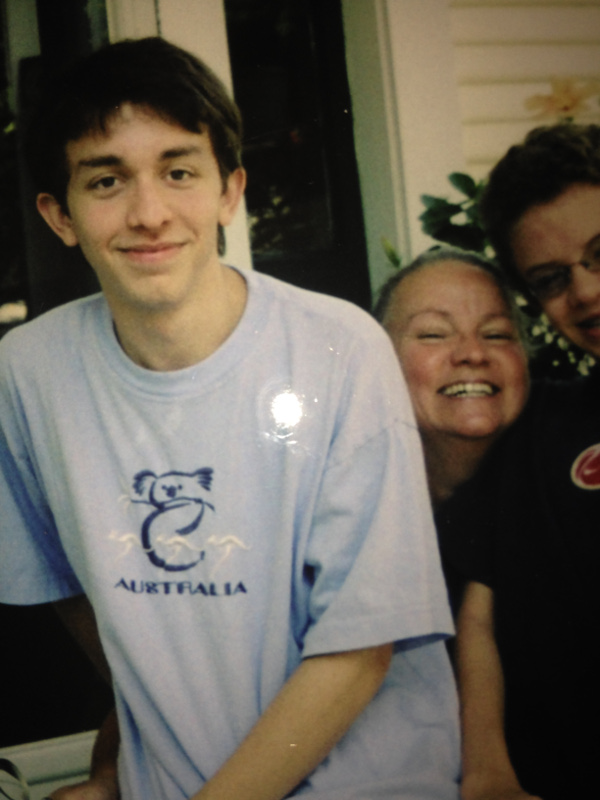 Back in May I traveled with Prof. Kevin Reed and four of our students from Northern Virginia Community College to Cleveland, Ohio to attend Pycon 2018. Pycon is always an incredible learning experience for computer science students, and we were able to bring four of our students this time in part because of the generous support we received as the first recipients of the Christopher Colin Applegate Memorial IT Fund. This post is dedicated to the memory of Colin, who towers high as one of my most memorable students. 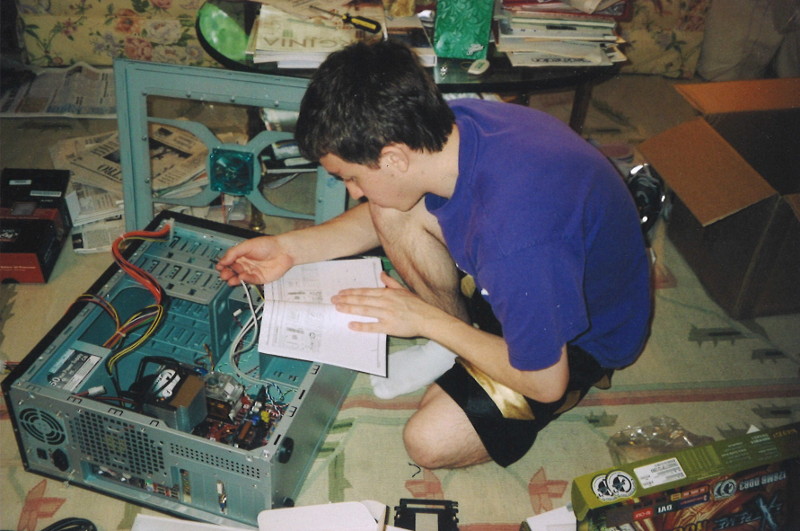 Colin graduated from Yorktown High School in 2005. For several years prior he had been a student in my CS class. During that time we had the opportunity to travel together to Sydney, Australia to attend the UbuntuDownUnder conference, and to Phoenix, Arizona for the Intel International Science and Engineering Fair.

Early in the first year I met him, Colin told me about the computer consulting business he ran. I frequently got calls from people in the Yorktown neighborhood requesting computer help of various kinds, so I told Colin I would be happy to refer people to him. When I asked him what he charged and he told me $50 per hour, I remember thinking that was pricey for a young high school student, and I was a bit nervous about honoring the trust of the people calling me. My attitude completely changed after my first few referrals, however, when customers called me back to personally -- and exuberantly -- thank me for sending him. I lost all hesitation after that. I never had a single complaint from any of the many referrals I made to Colin, and continued to regularly receive thank you calls from the grateful customers to whom I referred him.

Edubuntu https://www.edubuntu.org/) is an education focused version of Ubuntu. It never got the traction Ubuntu company Canonical hoped it would, but the Ubuntu Down Under developer conference had design of Edubuntu as one of its goals. Since Colin and I were very involved in using Edubuntu in a classroom setting, we were invited to come to Australia to share in that process -- me as an educator, and Colin as a young developer.

Being a teacher in Arlington, Virginia, listed by Decision Science news as the most educated county in the United States in 2016, I've had the opportunity to work with some incredibly well prepared students. Colin stood out even in this setting. It was because of him that I was able to experiment with software still under development like Edubuntu in my classroom. I was able to focus on teaching since Colin could ably manage our lab tech.

A nice example of this cutting edge experimentation that came from Ubuntu Down Under was our beginning to use distributed version control as soon as we got back from Australia. One of Canonical's new tools presented at the conference was the bzr distributed version control system. I told Colin at the conference that I wanted to try it out with students when we got back. We needed an easy way to install it on all the machines in our lab, which were running Ubuntu. The easiest way to install software on Ubuntu systems is using a deb package, so Colin went right to work packing bzr for our lab. I think it was bzr developer Martin Pool who told him at the conference that with this working deb Colin was first person to package bzr. 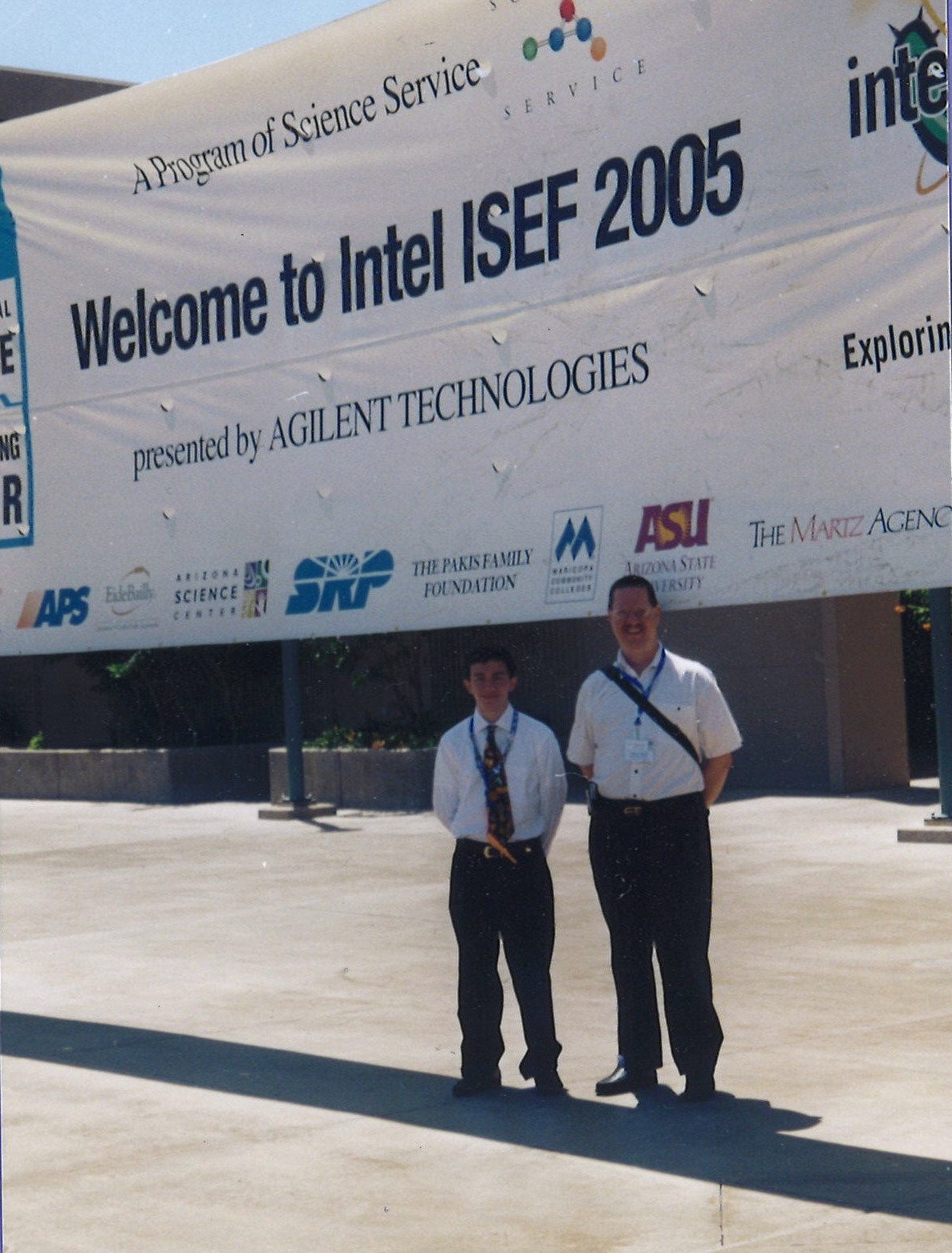 In his senior year Colin worked with Anna Chan and Daniel Caughran on a science fair project involving delay-tolerant networking (DTN). The idea for this project originated when Internet pioneer Vint Cerf was a guest speaker at our Yorktown High School Linux Users Group. Dr. Cerf talked about what DTN was and told us that it was being developed on linux, and that the linux community was invited to participate in the process. Taking up Dr. Cerf's call, Colin, Anna, and Daniel developed a project for the Intel International Science and Engineering Fair titled "The Effect of Network Interruption on the Effectiveness of Bundling vs. TCP/IP Data Transmission Protocols", winning the 2nd place award from the US Air Force for their project. It was a truly team effort. In order to test the networking software, they needed to develop hardware that could simulate the kinds of network discontinuities that would be expected when connecting with a transmitting device on Mars. Our dear friend Paul Flint was a huge help to them in providing guidance to develop the hardware, spending countless hours discussing with them, teaching them, and reviewing their work.

It was great fun traveling with Colin, Anna, and Daniel to Phoenix, Arizona for the contest, and they were thrilled with winning the Air Force award. On graduating from college four years later with a degree in computer science, Daniel went on a job interview and was asked, "Have you heard of delay tolerant networking?" If memory serves I think he told me his answer to that question landed him the job. 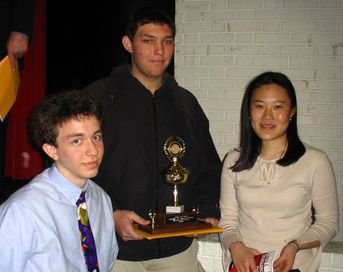 After high school Colin struggled with mental illness, which cut his life short on April 21st, 2017. I stayed in touch with him on and off during this time. He came by the Career Center to visit on several occasions, usually during our Code for NOVA geek meetup.

I saw him for the last time only a few months before he passed, when he showed up at the US Patent and Trade Office to attend Code for NOVA. Paul Flint was down visiting and came to the meetup too. A small group of us went out afterward and I sat next to Colin and had the the opportunity to talk with him at some length.

In his far too short life Colin accomplished more than most people do in much longer lives. While I miss him deeply and mourn his tragic loss, I will continue to cherish and honor the memories I have of a warm, incredibly gifted student and friend. 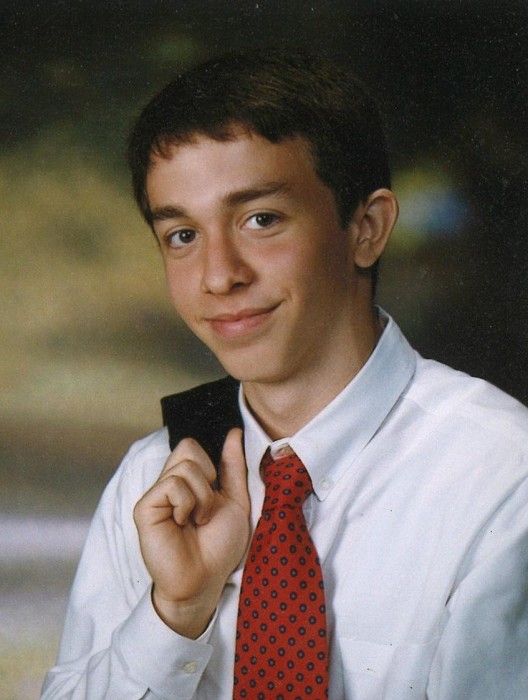