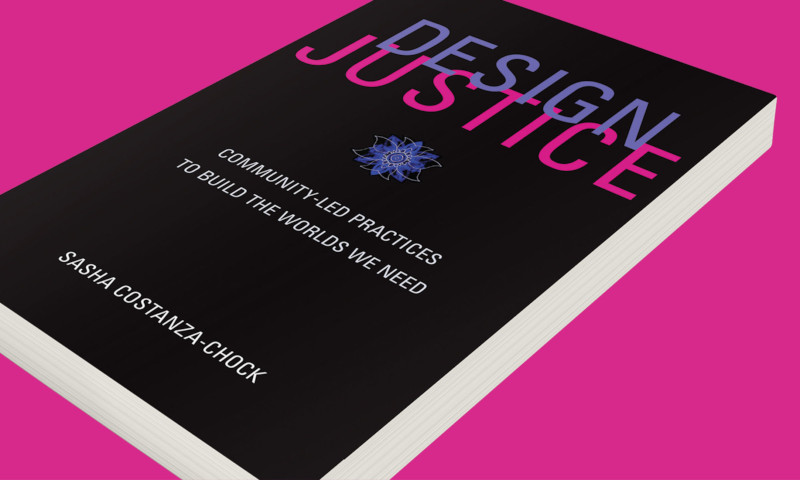 Many years ago a dear friend of mine pegged me "Polly Elkner", based apparently on my naive, irrepressible optimism. Actually, I think I'm just an old endorphin addict. That feeling one gets when disparate ideas get connected in the brain, that feeling that happens along with spontaneous outbursts of, "Ohhhhh, now I see!", is the feeling I crave. No wonder I ended up a school teacher.

The older I get the fewer and further between are those strong rushes associated with fundamentally brand new connections being etched in my brain. While that could lead to nostalgia for youth, I imagine, what old age has to offer in consolation is the warm, perhaps milder, but longer lasting gentle rush that comes from having paths previously etched revisited.

Reading Design Justice, by Shasha Costanza-Chock gave me both kinds of high again and again and again. The first paragraph of Introduction: #TravelingWhileTrans, Design Justice, and Escape from the Matrix of Domination mentions the author leaving the Allied Media Conference (AMC), the conference that grew out of the Detroit Summer collective and the place where I first caught the worker coop bug while attending the AMC in 2012. A few paragraphs later the matrix of domination is introduced - a novel and very useful framing of the multiple forms oppression can take and the ways they interact to limit our humanity. On page 9, still in the introduction, the author mentions cooperative, Ithaca, feminist, antiwar, anti-imperialist, environmentalist, and Latin American solidarity in a single sentence. By now my head is swimming in endorphins, but the book doesn't let up. Soon Hidden Figures, Katherine Johnson, and the Zapatistas make their appearance. I nearly bounced out of my chair when I reached page 17, where Shasha talks about how her approach in this book is grounded in the ideas of Claudia Jones. Seeing Seymour Papert and Mitchel Resnick on page 28 did it again.

Design Justice is fast moving and packed with information about and references to theorists and social justice warriors important for those of us interested in the intersection of social justice and technology to know. I have read through it three times already, and I plan to return to it again and again, gradually absorbing as much of the valuable information for our movement contained in its pages as I can. Hopefully, I'll get the chance not just to read about but to put into practice the collaborative, community design processes it describes.

I need to express my deep gratitude to the Austin Software Cooperatives meetup, which introduced me to this book and which recently devoted three of its monthly meetups to its study. Were it not for the monthly book club I would not have read Design Justice yet.

As a member of the Code for NOVA civic hacking organization I was invited this past weekend to participate on a panel discussion at the Democratizing NOVA Summit titled Digital Democracy for the DMV. It seems one of the goals of the Next Systems Studies program at GMU is to engage us at Code for NOVA as participants in a community design process. Makes me think I have stumbled into a serendipitous opportunity to combine theory and practice. I'll be encouraging all of us to read Design Justice together, since it would greatly help us begin our process with a solid foundation for shared understanding.

Let's design and build together the worlds we want to live in!