Visión y Compromiso and the 2022 Code for America Summit 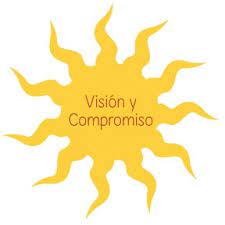 As I attend the last day of the Code for America (CfA) Summit 2022, I'm only a little closer toward figuring out what to do regarding our local Code for NOVA brigade. I was pretty clear on what I hoped to come out of attending the conference. The focus of much my activity over the last decade has revolved around concretely contributing in whatever small way I can toward the development of a solidarity economy. It isn't clear to me (or anyone else, since it is participatory and evolving by design) at this point exactly what that means, but I know that it means an economy that puts people and planet before profit, an economy driven not by an endless and unquenchable lust for accumulation, but instead rooted in supporting people living healthy, meaningful lives, characterized by relationships of trust, empathy, interdependence, and belonging, an economy, in short, that is a far cry from the cold, calculating, dehumanizing Neo-liberal capitalism in which we currently exist.

The broad principle of unity at CfA is that "Government can and should work well for everyone". Given the statement's broadly inclusive ambiguity and the context of the decades long right wing attack in the United States on the very notion of a government that serves its people, this is easily a statement to which I can subscribe. After being at the Summit, however, I am still not sure if the synergy I hoped to find between the many folks here who clearly want to be technologists for the public good and my desire to serve the concrete local needs in my South Arlington community exists. I'll explain why in the context of a Summit talk that will make a lasting impact on me.

Serendipity and My Favorite Talk at the Conference

I happened into what was by far my favorite talk of the conference by accident. Titled Promotoras, y que?, it was a talk given by María Lemus, Executive Director of Visión y Compromiso. I was attracted by the short, provocative title in Spanish, with no subtitle, when I saw it in the Summit program.

I had decided however that I had to attend another talk titled Designing with not for: The role of user research and constituent voice in criminal justice reform. My previous post discusses design justice. Believing that the design justice principles provide a lever which might be used to move CfA in a more social justice direction, I planned to attend all the design justice related talks at the Summit, of which I was excited to see there were several. It was the recent introduction of Code for NOVA with the Democratizing NOVA (DNOVA) initiative at GMU, and the subsequent relationship that has developed between our brigade and the Assistant to the Director of the Next Systems Studies Program, Nathaniel Smith, that led me to attend this Summit. DNOVA was writing a proposal for a community design process with design justice written all over it, and my spirits rose in the hope of getting some real traction around this idea in our local community. This talk was cancelled, however, so I made my way to Promotoras, y que?, and ended up really glad that I did!

María's talk introduced me to another useful framework for thinking about the community work I am doing, the Promotor Model, the principles of which deserve stating.

10 PRIMARY CHARACTERISTICS AND VALUES OF PROMOTORES

These principles align significantly with the design justice principles, but with a focus on the protagonists rather than the processes. This loving, human centered framing will especially resonate with my comrades at NOVALACIRO and our work in the local Latinx community, since it is a community still less damaged by Neo-liberalism than is its Anglo counterpart, where notions of community, empathy, compassion, and love have become almost completely foreign, resistant as those ideas are to commodification.

I am almost certain our board president, Ursula Cerro, will love learning about Visión y Compromiso. When I spoke briefly with María after her talk, she expressed an interest in learning more about worker cooperatives, the primary focus of NOVALACIRO at present. I am now hoping we can collaborate with and learn from the wonderful work of Visión y Compromiso, which would be a wonderful outcome of attending this Summit if it does transpire.

What made María's talk so outstanding was the passionate, sincere, no bullshit nature of María herself. This CfA Summit is filled with caring, well meaning people who want to do good in the world, yet I felt the constant presence of invisible shackles provided by the corporate culture in which information tech exists that kept all the other presenters I heard dancing around the issue that will fundamentally prevent our government from ever "working for everyone", the almost complete lack of democratic control over our economic means of social reproduction. As inequality reaches levels not seen in over a hundred years and as tech oligarchs accumulate ever more power over the world in which we live, we the people have less ability to make government work for us, not more.

We live in an economic system that has left remaining no other nexus between person and person than naked self-interest. We have become atomized and commidified in our social relations and so completely immersed ideologically in the religion of Neo-liberalism that we can't even talk about it. My favorite moment in María's talk came when Nathaniel asked her a question about the role Universities played in the work she was doing. She paused, and a wry smile came across her face before she answered that too often Universities received funding for graduate programs and doctoral students who expropriated local community knowledge, the very community wealth of the Promotadoras, to benefit their own programs while giving almost nothing in return. Better that such programs should fund the Promotadoras, she suggested.

María's direct demand throughout her talk to flip the script and give power to the people who serve their communities provided a unique moment of joy in an otherwise proscribed conversation at the Summit around economic power relations.

As I move forward and strive to become a Promotor in my community, I will be leaving the Summit with uncertainty remaining around whether I can serve that role in South Arlington through Code for NOVA, but I want to extend my deep gratitude to the leaders of the brigade network, Ben Treviño, Jessica Manapul, and Jill Bjers, who connected our local brigade with the GMU Next Systems Studies program and facilitated our introduction to Nathaniel. Their solidarity may or may not bear fruit, but their efforts are greatly appreciated no matter what happens. Nathaniel has now had the opportunity to meet them and has promised to continue the conversation as to how GMU and DNOVA might be able to get support for the kind of community design process DNOVA wants to engage in. If they are successful, and if they continue to want to work with Code for NOVA as part of the process, I will be sure to apply the lesson I learned from María and insist from the outset that the normally excluded Promotores in our community become central, participatory, and material benefactors of our co-created design.