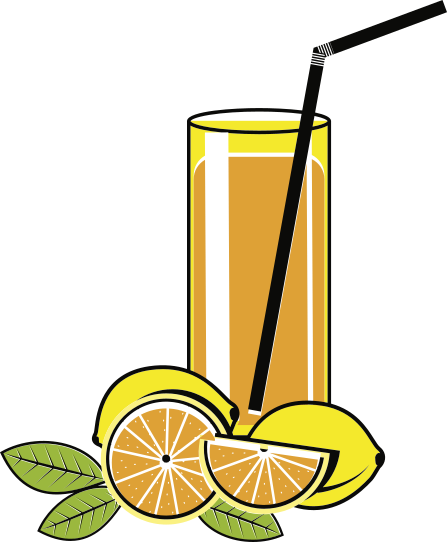 I have to admit it, I am a complete sucker for corny clichés. I love them. They make me feel good and help me process my daily experience. One of the many endearing to me is "When life gives you lemons, make lemonade!" My maternal grandfather, Eugene Victor Young, whom I always considered a country philosopher, often told me that "Every problem has a built-in solution." I think these two sayings express the same basic idea, look optimistically at every situation and make the most of what it provides you.

We needed every bit of that optimism to be able to set up a working computer lab for my classes this Summer, since we faced daunting challenges. None of the laptops I sent from the U.S. have arrived yet. The 12 computers that are in the lab where I am teaching were not connected to the Internet, and were running Windows 7 with versions of Chrome and Firefox installed that were years out of date.

Even more foundational than the computer hardware challenges are the problems with electricity and Internet connectivity. Municipal electricity in Monrovia, the capital city, seems to be off far more often than it is on. Without electricity, I can't get any of the work I came here to do accomplished.

Fortunately, I am staying in an apartment at the Hotel Provident, at 15 minute walk from the MCSS Administrative Office. 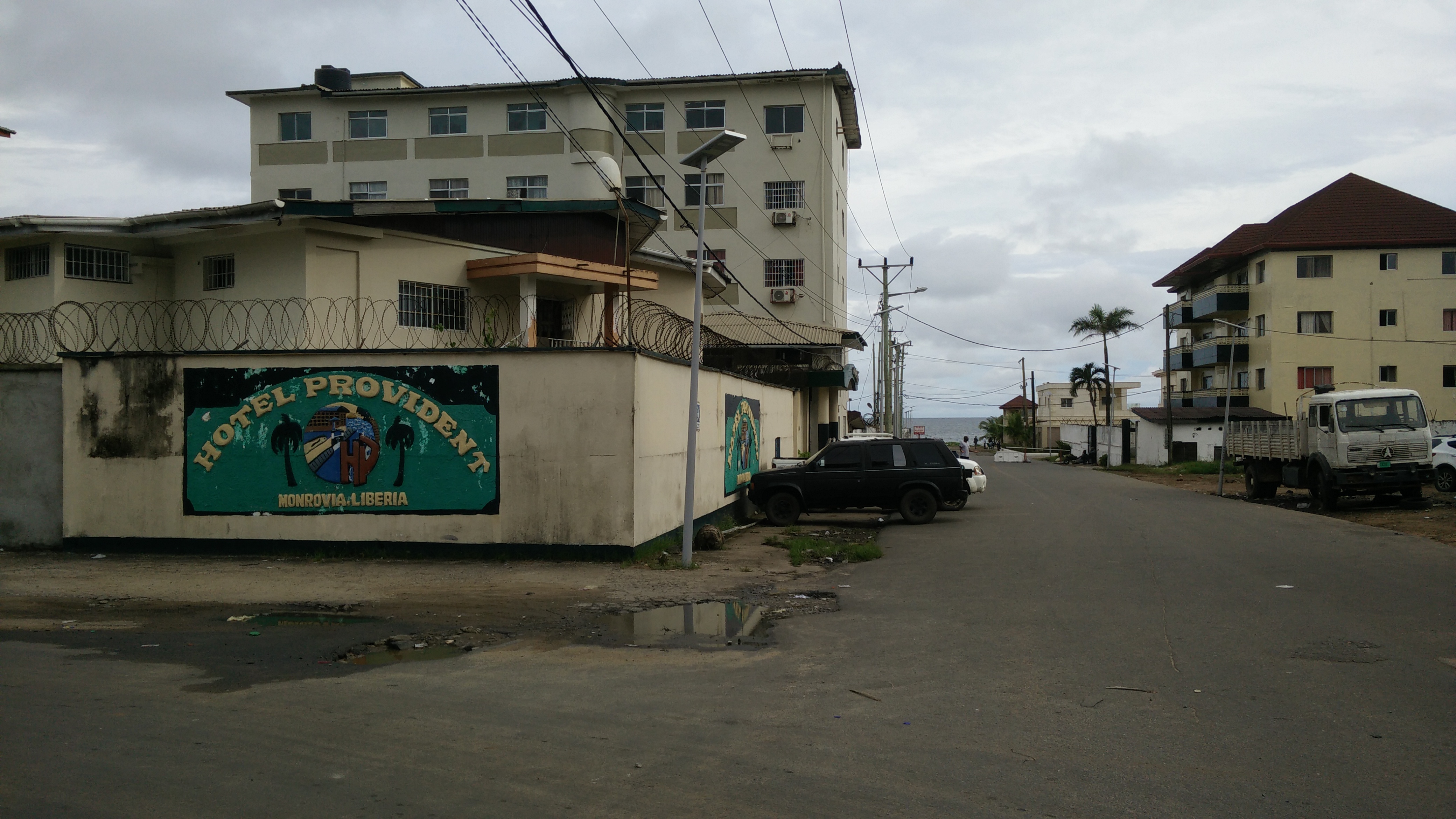 The apartment building where I am staying

I'm paying $1000 per month, a prohibitively large sum in a country as poor as Liberia, and I have had totally reliable electricity between 6 pm and 8 am each day, apparently because Isaac negotiated with the building owner that an on sight generator would provide it during those hours. It is due to that reliable electricity and the Orange wifi access point I mentioned in my previous post that I am able to complete this post, getting up at 4:30 am to have time to write it.

During the day I am at the MCSS Administrative Office, where Internet is much more of a challenge, since I am competing with the entire staff for a few Internet connections just like the one I have sole use of in my apartment. Yesterday, the electricity in the MCSS office went out four times during the day. Students lost unsaved work during the first outage, after which I immediately launched into a discussion of how to back up files.

In all the work I do here in Monrovia this Summer, I will strive to be guided by the design justice principles, and to remember that despite the material challenges, our greatest strength comes from the students who are voluntarily coming to class each day eager to learn to use computers. In discussing this project with Isaac since the beginning, I expressed an interest in trying to reproduce the success that Charlie Reisinger has had with the laptop learning program at Penn Manor School District as described in his book, The Open Schoolhouse. The project relies for its success on involving students directly in its implementation. Students install, configure, and maintain the laptops, providing a huge educational opportunity for them as aspiring technologists that is at the same time cost effective for the school system.

Needing to get a working lab in place as quickly as possible, I created three Ventoy USB sticks, which Spencer and I used to install the XFCE version of Linux Mint. Using two Ethernet cables I brought with me, we were able to plug two computers at a time into the wifi router and install Klavaro, Ktouch, and Scratch.

All the frustrations and challenges melt away when our raison d'être arrive excited about getting access to a computer. 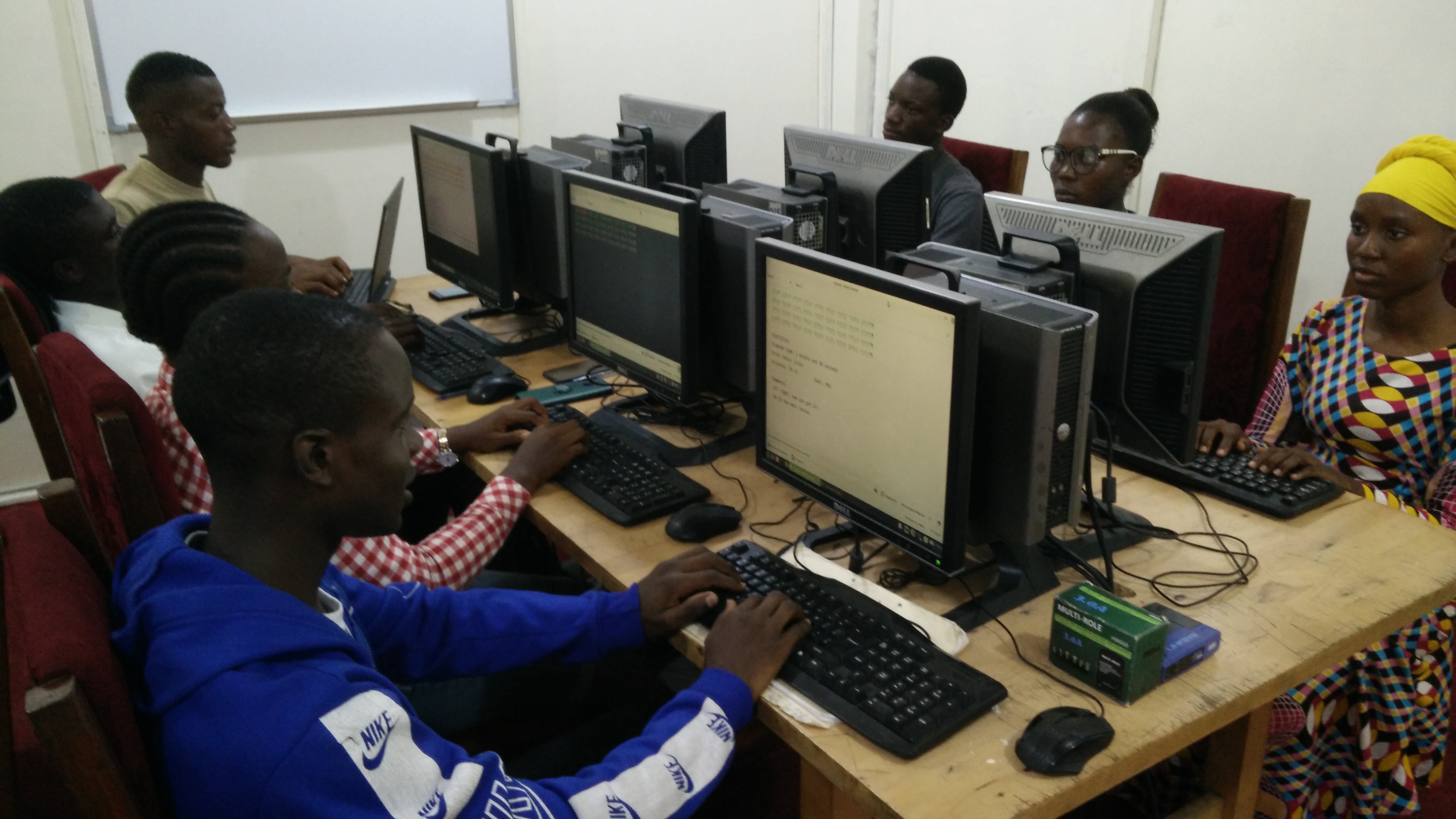 I'm not trained as a typing teacher, and I've never used Klavaro before, but some quick web searching led me to it as a top choice for a free software typing program. 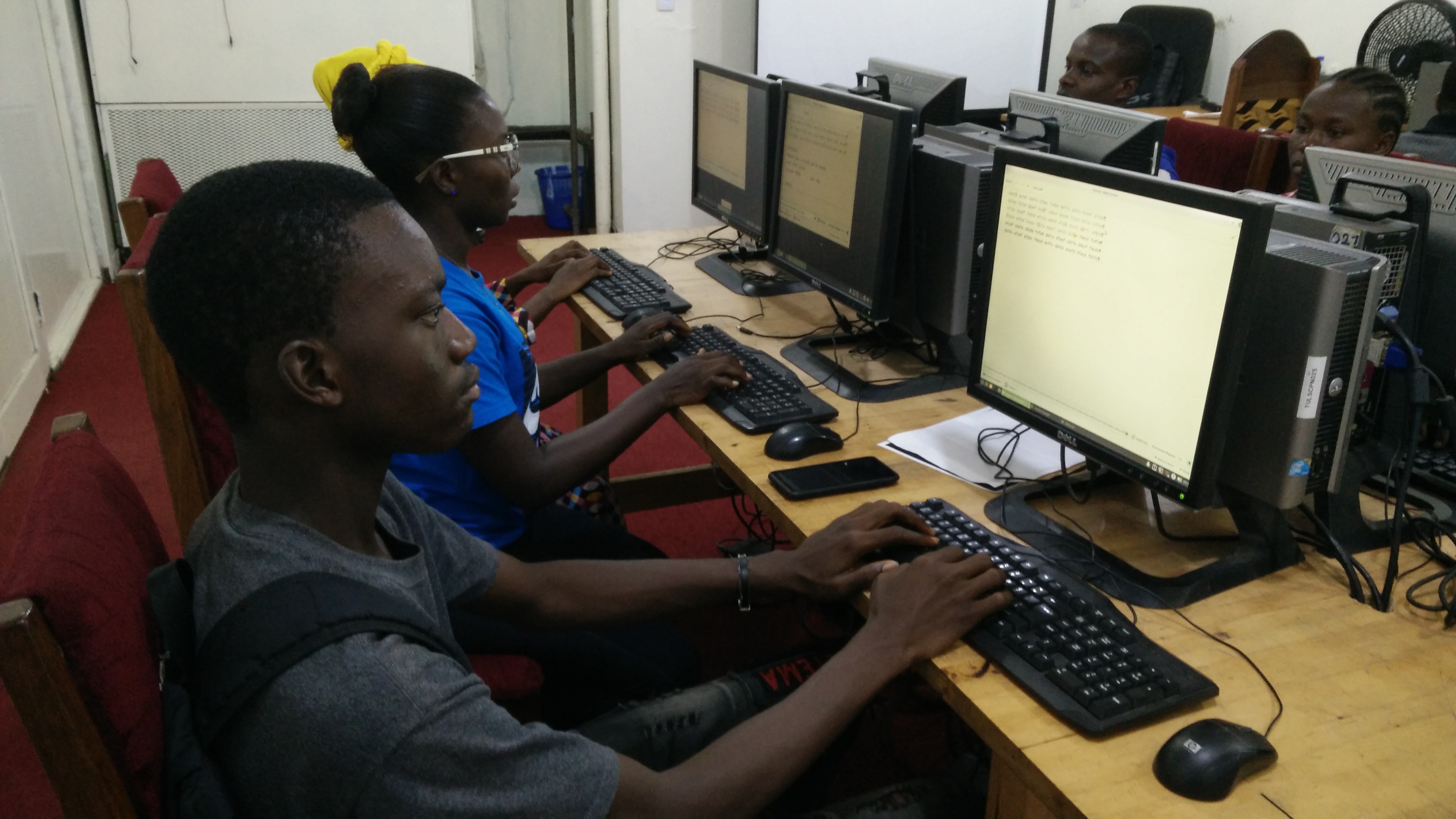 With guidance from Spencer, students were quickly able to begin using it. 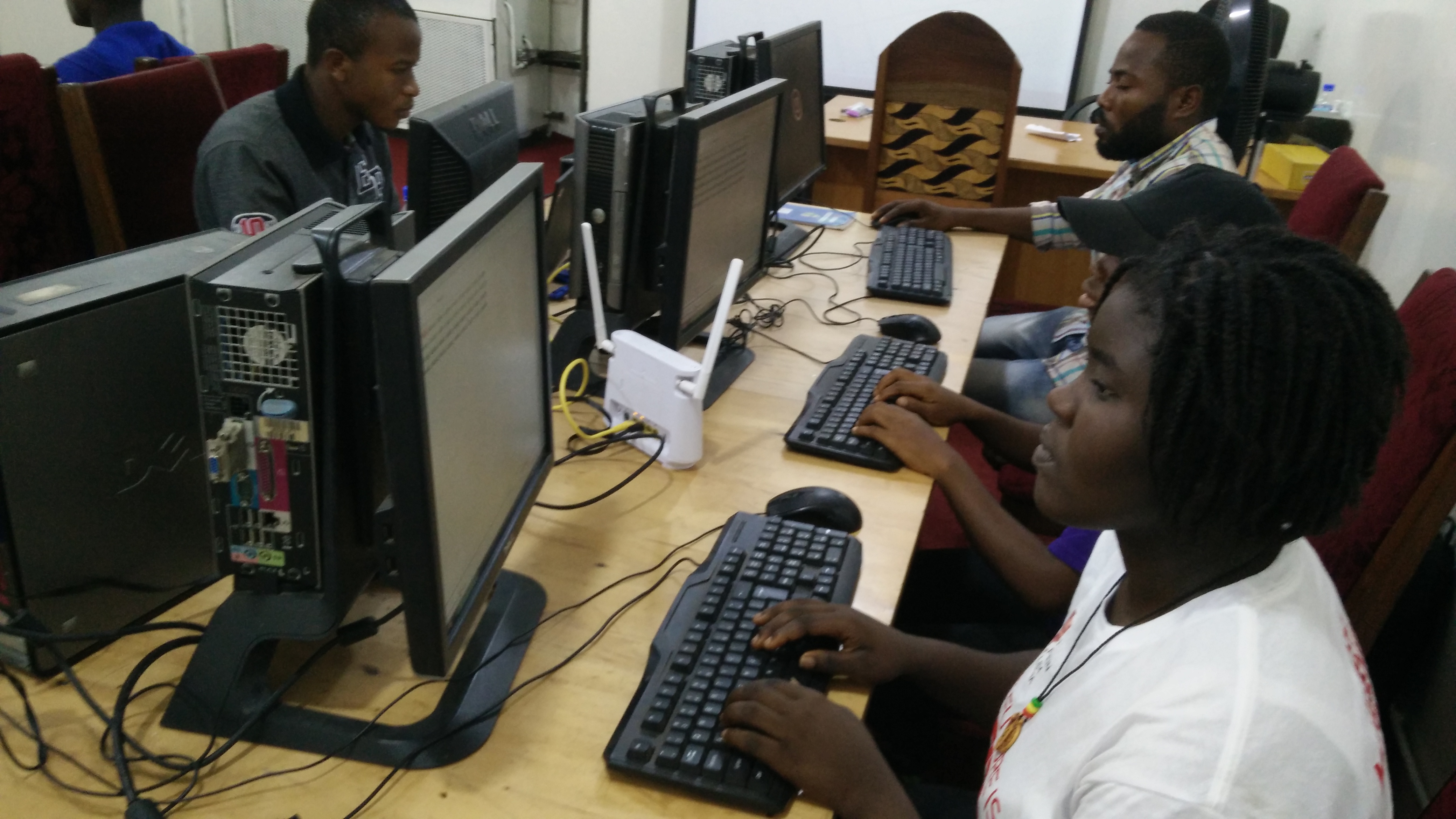 Quickly researching best practices for teaching typing, the recommendation for frequent sessions of no more than 30 minutes came up again and again. Using that recommendation, I will have students practice typing for the first and last 30 minutes of our 2 hour classes. 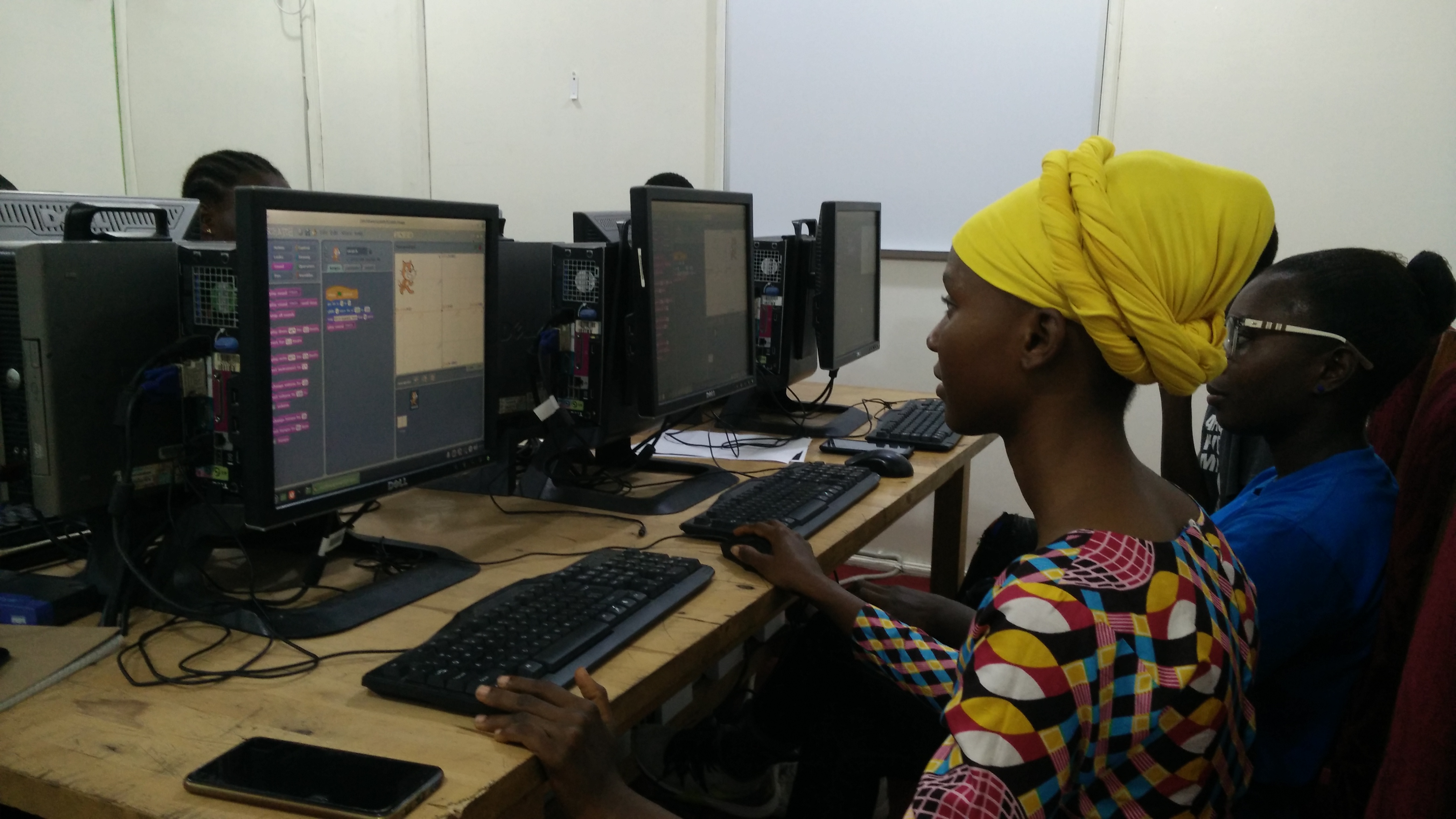 The middle hour will be devoted to Scratch programming. 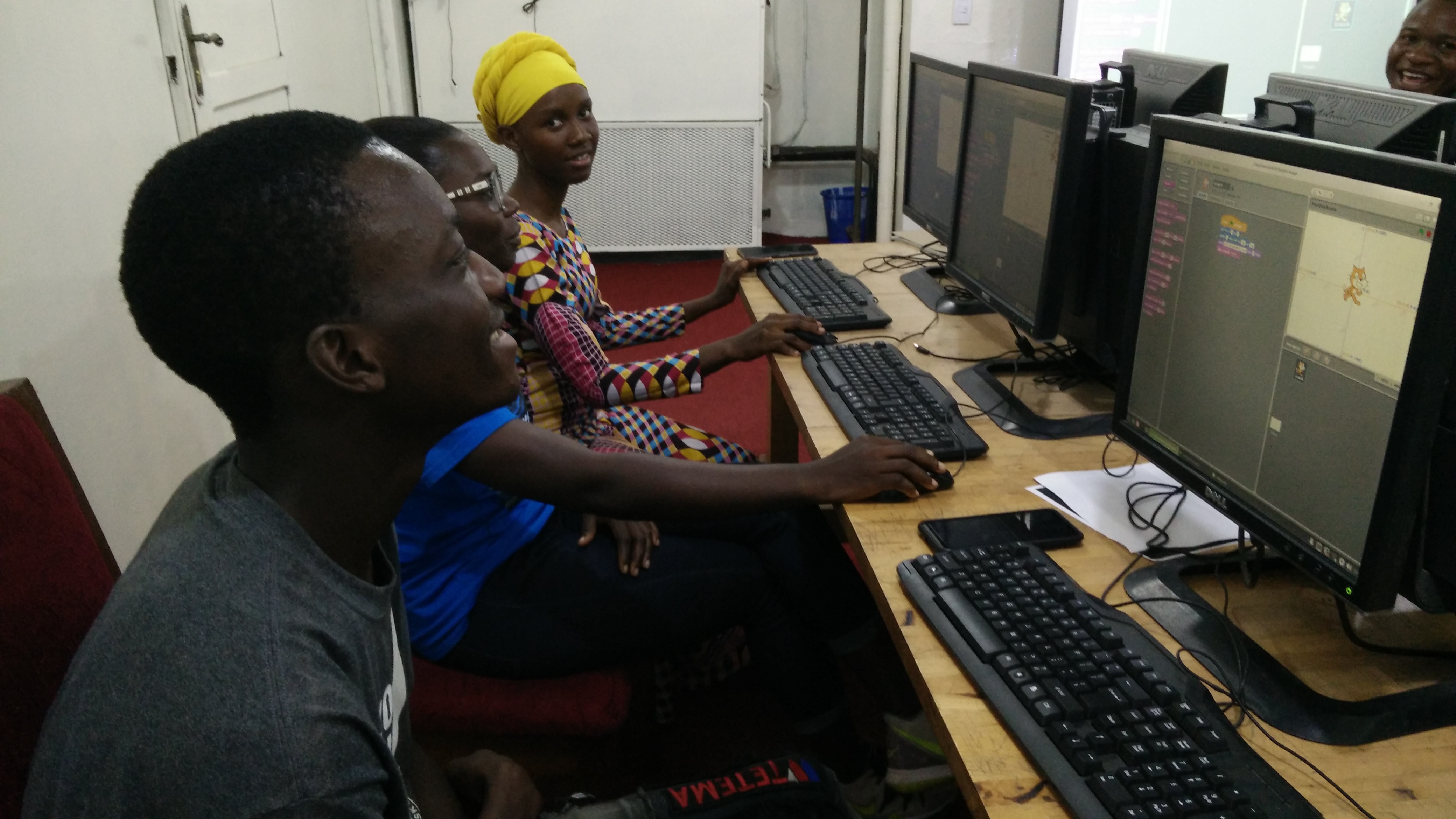 I'm hoping that plan will keep us moving forward effectively until the laptops arrive.