It's Not All Work and No Play! 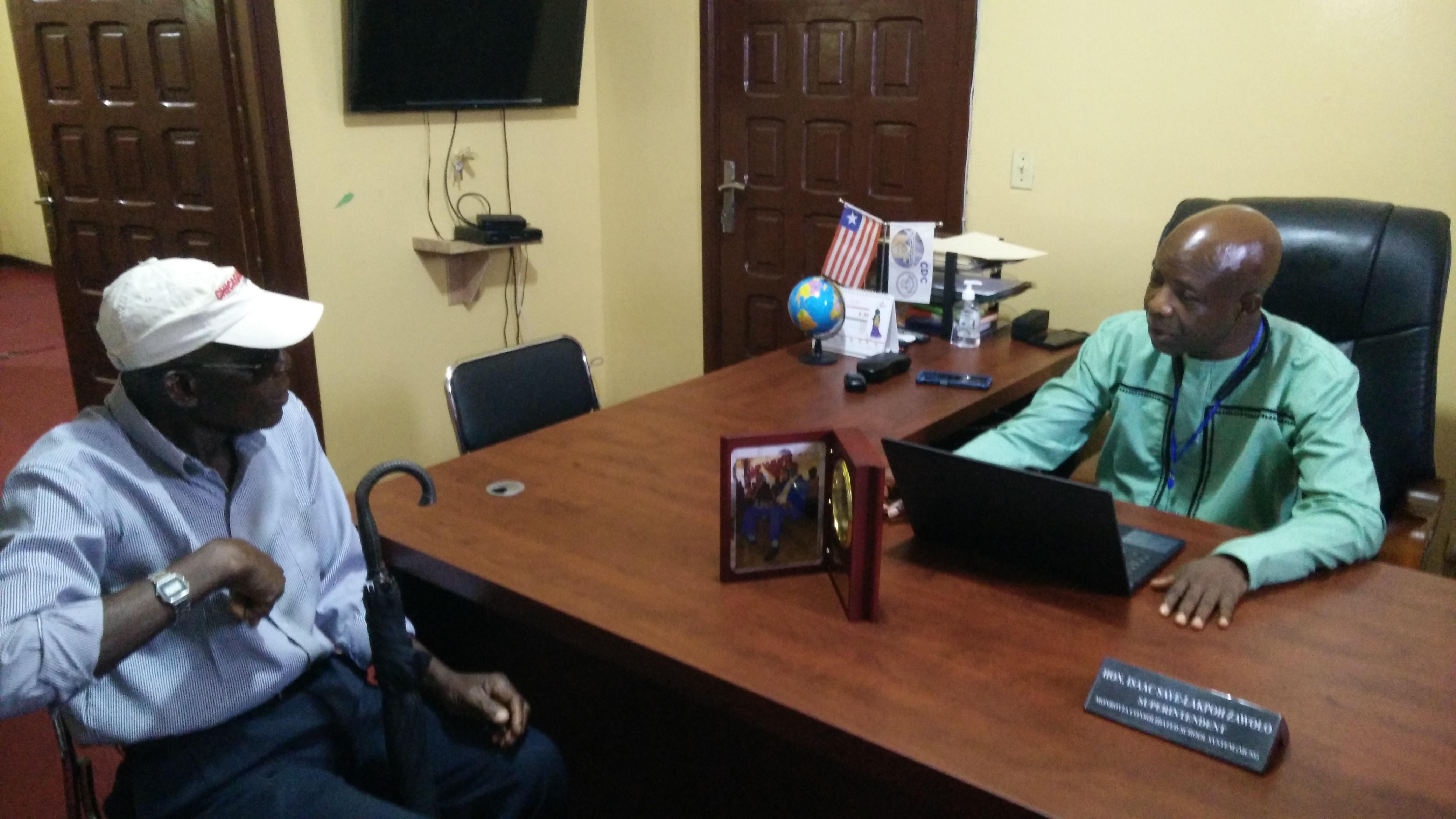 The Superintendent at his desk

In the 15 years it has been my good fortune to work with Isaac Zawolo at the Arlington Career Center (ACC), I came to know him as one of the most capable, dedicated, principled, and hardest working people I have ever met. When he was offered the superintendency of MCSS last November, he did no small amount of soul searching about whether to accept the position, given that it meant leaving his ACC students in the middle of the school year. I told him that it seemed to me that he had to take the position. I knew how much of his life he had devoted to the welfare of Liberia, and felt that he couldn't refuse this once in a life time opportunity to serve his country.

Now that I am in Monrovia working for the Honorable Superintendent Isaac Zawolo, my first week here was much as I expected it would be. He is kept busy from early morning well into the evening dealing with all the usual aspects of running a school system - staffing, curriculum, physical plant maintenance, public and community relations, etc., plus the additional very difficult challenges of doing all this in system as resource constrained as MCSS. I had spoken to the Superintendent several times since he arrived at his post, so I already had an idea of what his daily routine was like. While he attended to his innumerable duties, I was left to set up the educational program we had agreed I would implement and begin teaching the students he had selected for the program.

There were two things that I did not anticipate, both of which have been wonderful surprises. The first was getting to work with MCSS IT Specialist Spencer Cooper, whom I introduced in my first days post. After finishing our first week working together, it is becoming clear that in Spencer I will have a colleague who understands what I am hoping to accomplish by coming here and who seems to be a willing and eager participant in the project. 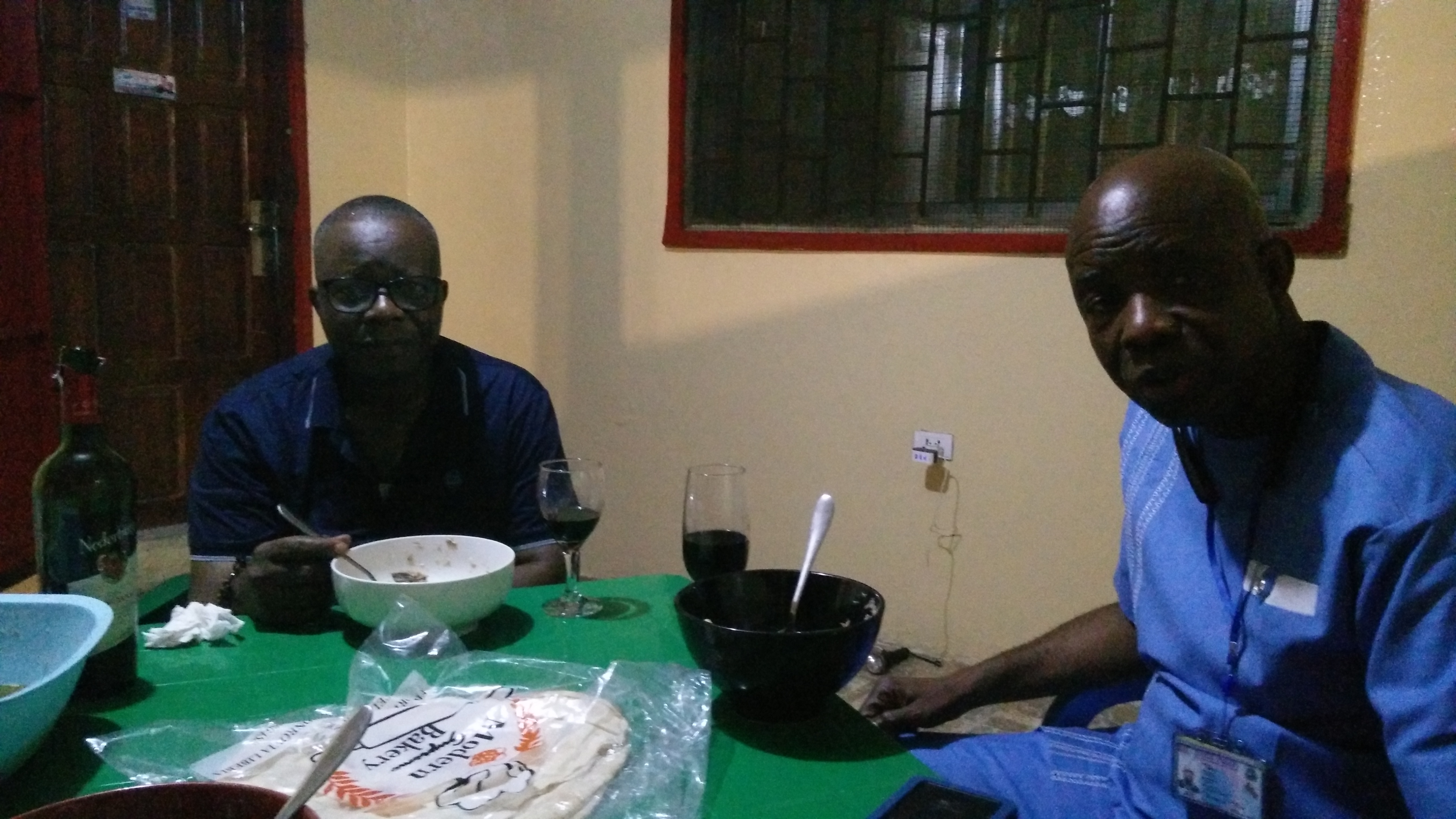 Friday evening, after waiting several hours passed closing time for the Superintendent to finish a curriculum meeting, he brought me (or as they say in here in Liberia, he carried me) to the house of his childhood friend, who is affectionately known as Jam. Jam works as an Assistant Minister of Education at the Liberian Ministry of Education, but more importantly he is one of Isaac's childhood friends from their home town of Kakata.

Jam fed us a delicious fish pepper soup while Isaac and Jam sipped red wine and I drank Club beer, and we talked past my bedtime about Liberia, education, and life in general.

Isaac had told me years ago that he ran a computer school as a refugee in Côte d'Ivoire, but hearing Jam and Isaac reminisce about it together was a wonderful experience, and one which I could not have had without coming here. I learned that they developed a very successful program in the Liberian refugee community during the civil war teaching a curriculum that included MS DOS, Lotus 1-2-3, dBase, and WordPerfect. I cut my computer teeth on these same applications, which added to the fun I had hearing them reminisce.

Around 10 pm it was time to go, but the joys of the evening were not over. I was carried back to my apartment by Jam's driver, a young scholar named Dante, who talked to me along the way about his educational background, work experience, and plans to move to the United States with his wife who is already there in the final stages of getting her US citizenship.

Dante studied sociology and has a wide array of practical skills that he has acquired through his various work experiences, including a broad knowledge of Liberian geography gained through his experience as a personal driver. That such a skilled, intelligent, and insightful young man felt he needed to leave Liberia troubled me, since I knew he was a concrete example of the brain drain that plagues countries like Liberia. 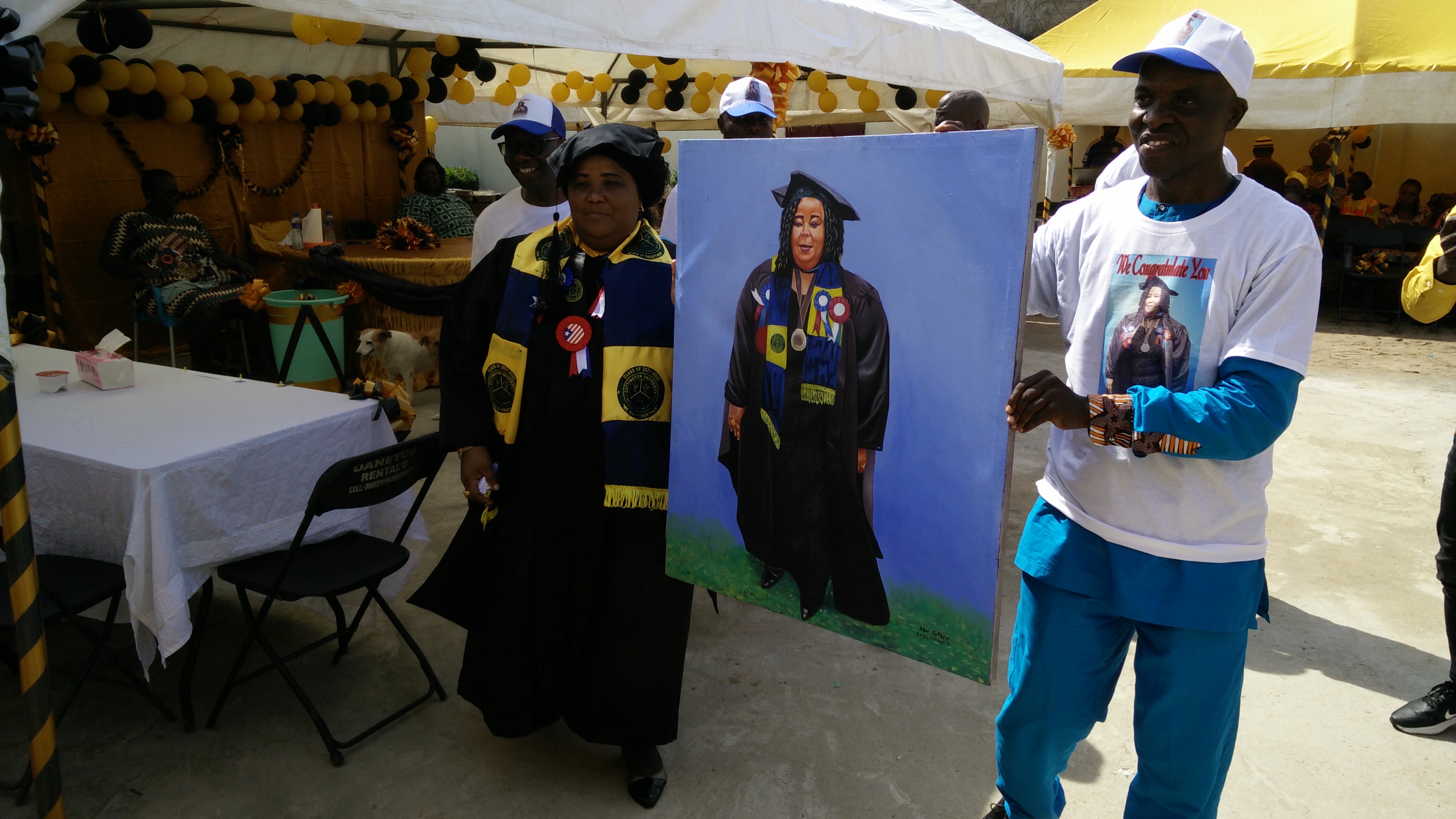 On Saturday Jam invited me back to his house for the celebration of his wife's graduation. Jay Vee, as she is called, finished a Masters degree in Educational Administration. It was a party featuring not only good food and good spirits, but emceed by a well known Liberian stand up comic. It was an afternoon of music, dancing, toasts to the graduate, and good cheer all around.

I sat with Isaac at a table that included Prof. Ansu Dao Sonii, Sr., the Minister of Education, along with several other notables involved in Liberian education. 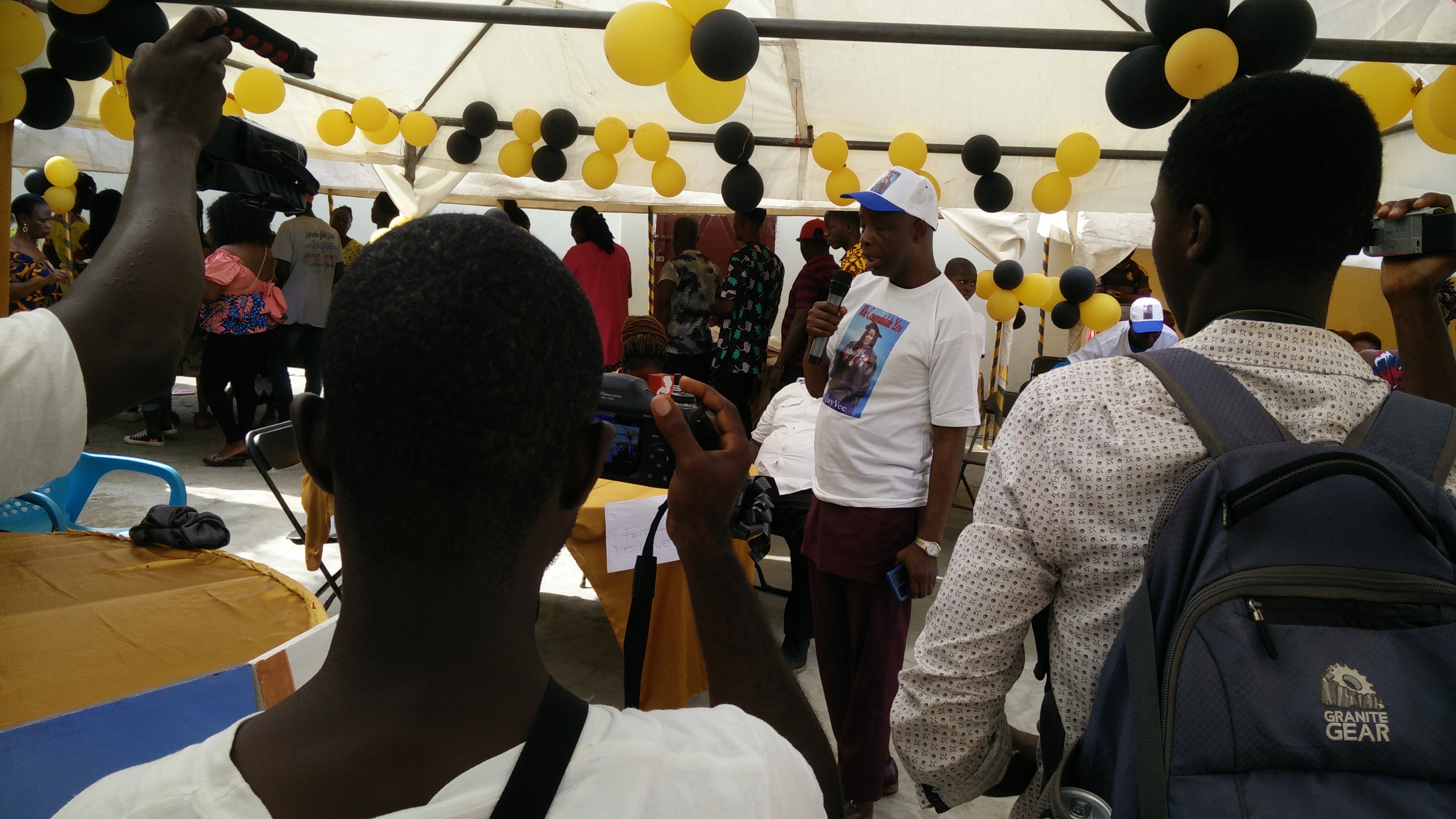 The many notables who gave congratulatory remarks to Jay Vee on her graduation included a Liberian senator and Dr. Julius Sarwolo Nelson Jr, the President of the University of Liberia. 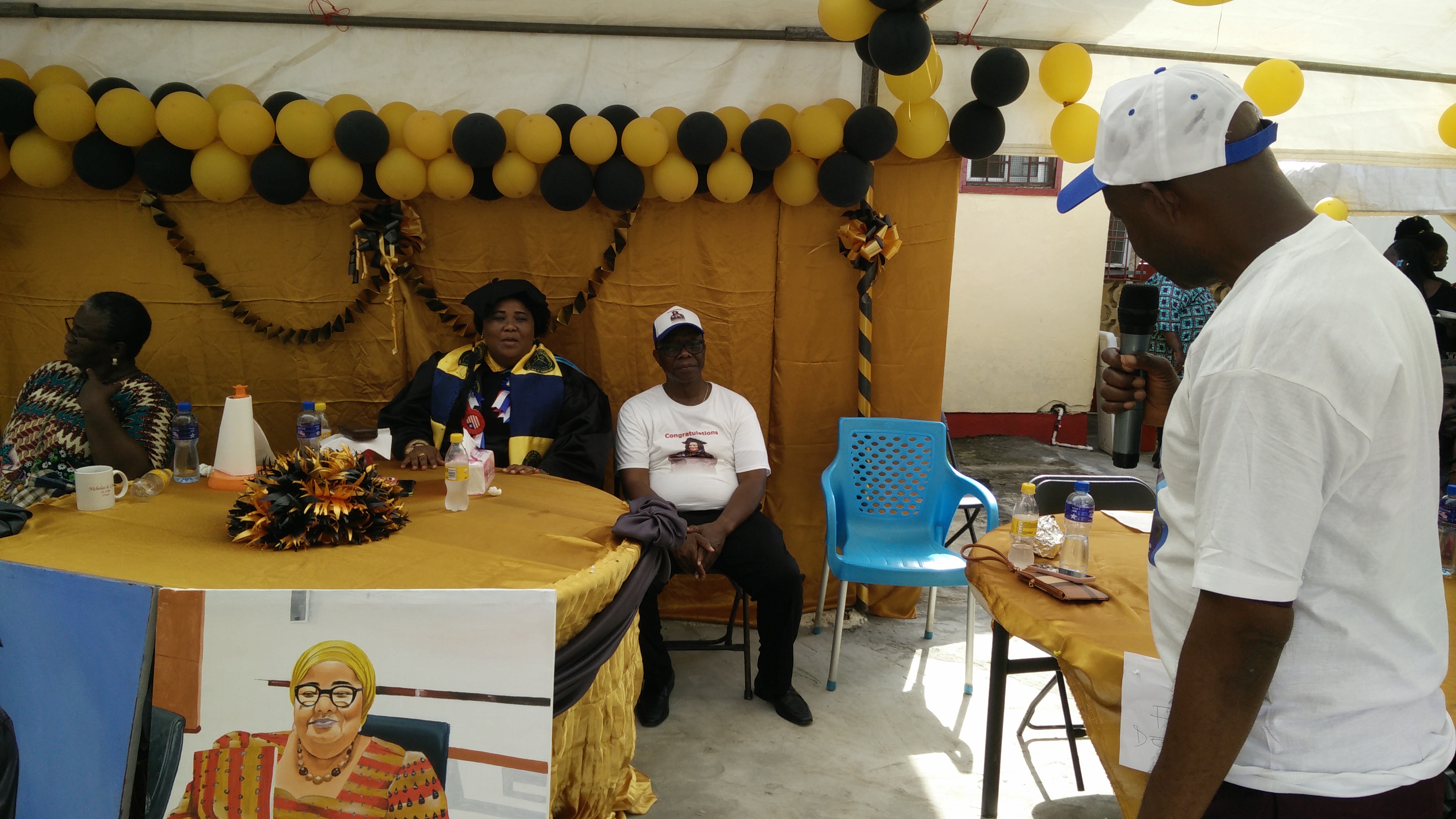 Though I know I'm biased, I felt the most memorable remarks where made by the Honorable Superintendent, who told those gathered at the celebration that in studying education, Jay Vee was entering "the most noble profession".