I had a wonderful weekend!

On Friday evening I got together with five local ICT professionals, where I learned over few beers a lot about the ICT landscape here. One of them is a full stack developer at Mwetana Consulting and Technology Group. I was honestly shocked to find out how little he earns as a full-stack C# web developer, working on a web application for the national government here. I expected earnings to be low, but if the information he gave me is accurate, he earns less than one tenth what a comparable developer would earn in the US!

It also occurred to me that the proprietary SaaS architecture on which he is working, hosted on Microsoft's Azure cloud, is a recipe for loss of national sovereignty. If countries around the world learn anything from the sanctions regime of the United States, it is that preserving national sovereignty and relying on US corporations for critical infrastructure are mutually exclusive. It appears the Liberian government has not learned this crucial lesson. I'm a bit surprised, since my reading of Liberia's history indicates a long standing concern for and defense of sovereignty. Perhaps the potential impact on sovereignty posed by US hosted cloud infrastructure is something the government doesn't understand? 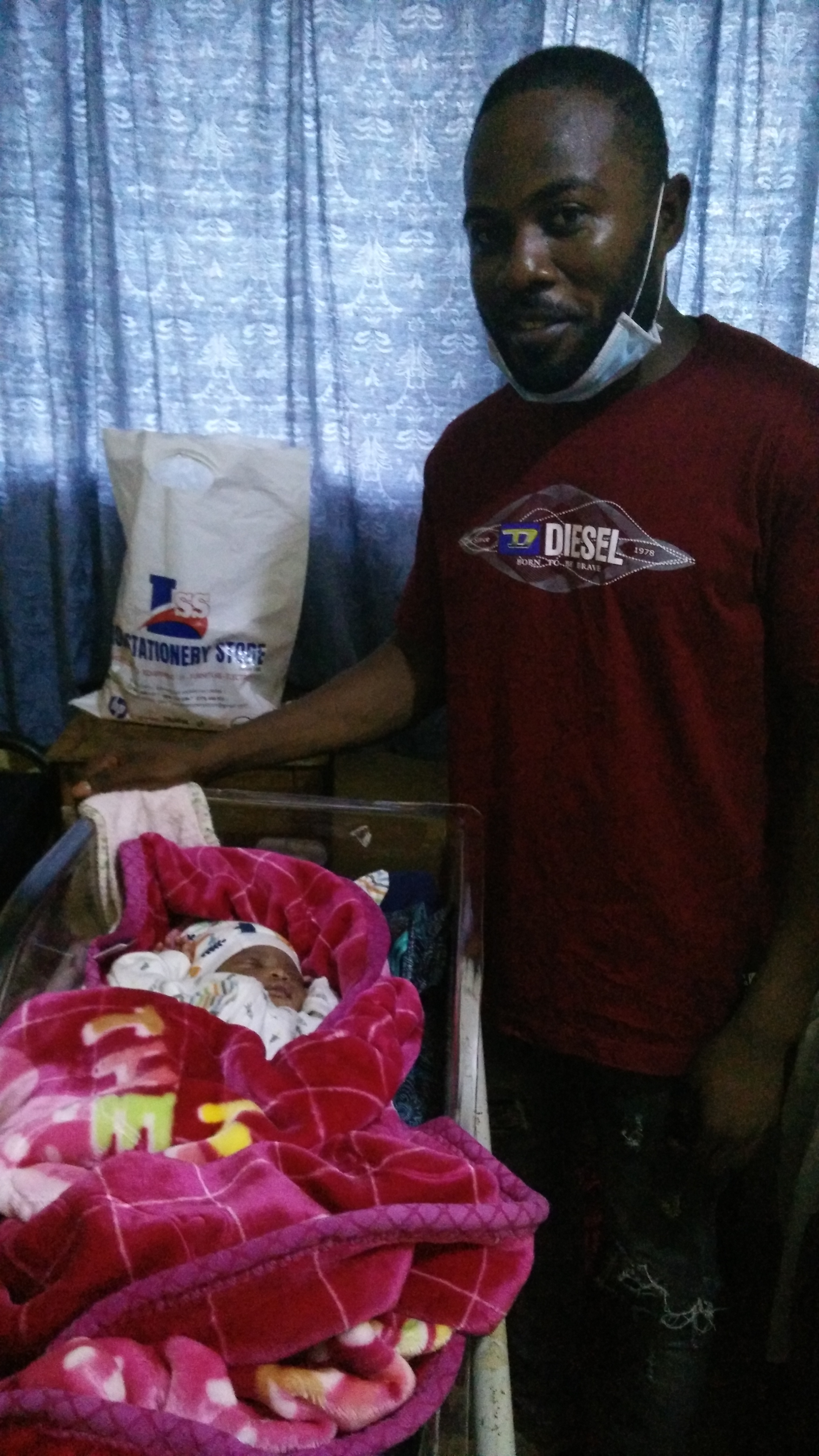 On Saturday Spencer's fiancée, Bernice Bonnah, gave birth to bouncing baby Cherish Cooper. On Sunday Spencer invited me to the hospital to see her. She was deep asleep when I arrived, but I learned from her mother that she had been up most of the previous night.

After awhile Cherish awoke, and I got to see the adorable little girl hungry to be fed. Spencer and Bernice discussed the color they should paint Cherish's room. Bernice chose Creme, and after our visit Spencer headed back to paint the room in preparation for mother and daughter's return home the next day.

On our way out of the hospital, I asked Spencer where I could get a hair cut around here, and he replied, "Let me take you to my barber." 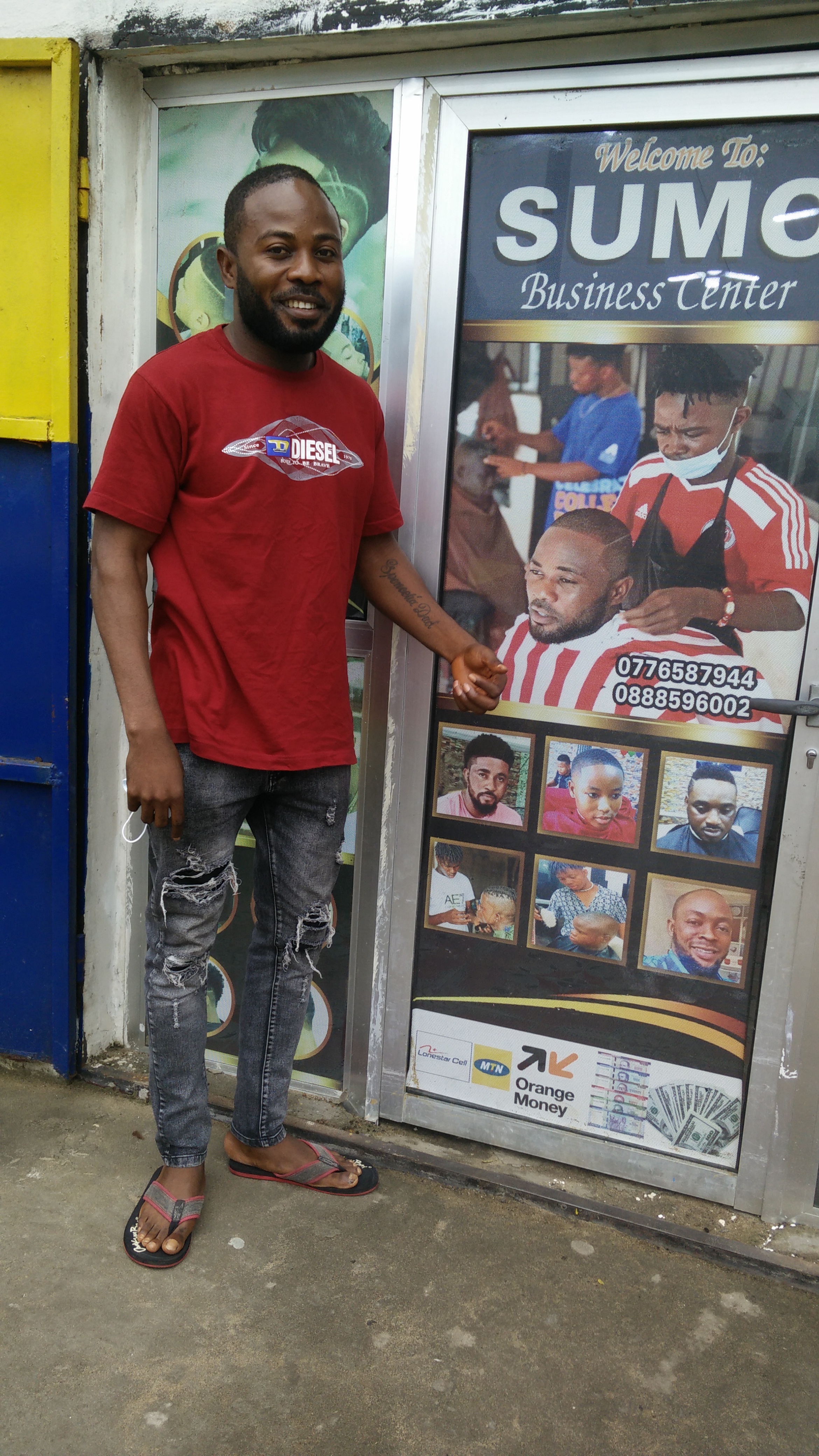 When Spencer said "my barber", he meant it. Approaching the door of the establishment, I saw Spencer's pictured prominently featured. He if friends with the owner, and knew most of the people inside.

I told Spencer I wanted a "Zawolo cut", which Spencer used to describe to the barber what I wanted. 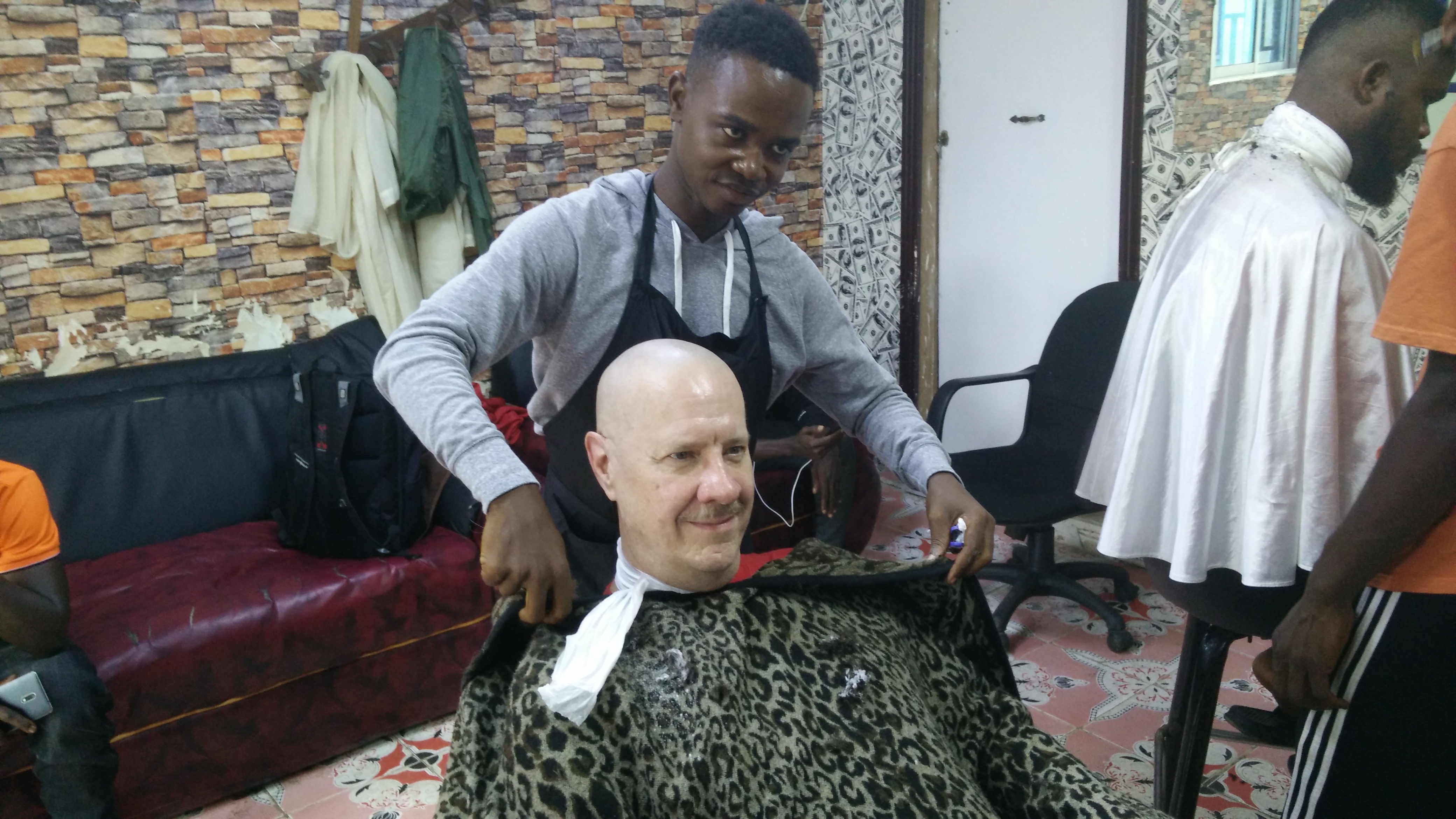 Jeff gets a "Zawolo cut"

With a fresh haircut, I'm ready to begin the second half of our Summer ICT program. I look forward to reporting on our continuing progress.