This October I will turn 62 years old, and the question of retirement, already a possibility, will be coming closer. Just how long I remain in the education game as an information and communication technology (ICT) teacher will depend for the most part on how directly doing so allows me engage in social justice computing.

What do I mean by "social justice computing"? In the broadest sense, it means that as an ICT professional I am able to use the tools of my trade toward the social justice aims that ought to be the central focus of all 21st century humans, aims which economist Kate Raworth presented graphically in her book Doughnut Economics: Seven Ways to Think Like a 21st-Century Economist: 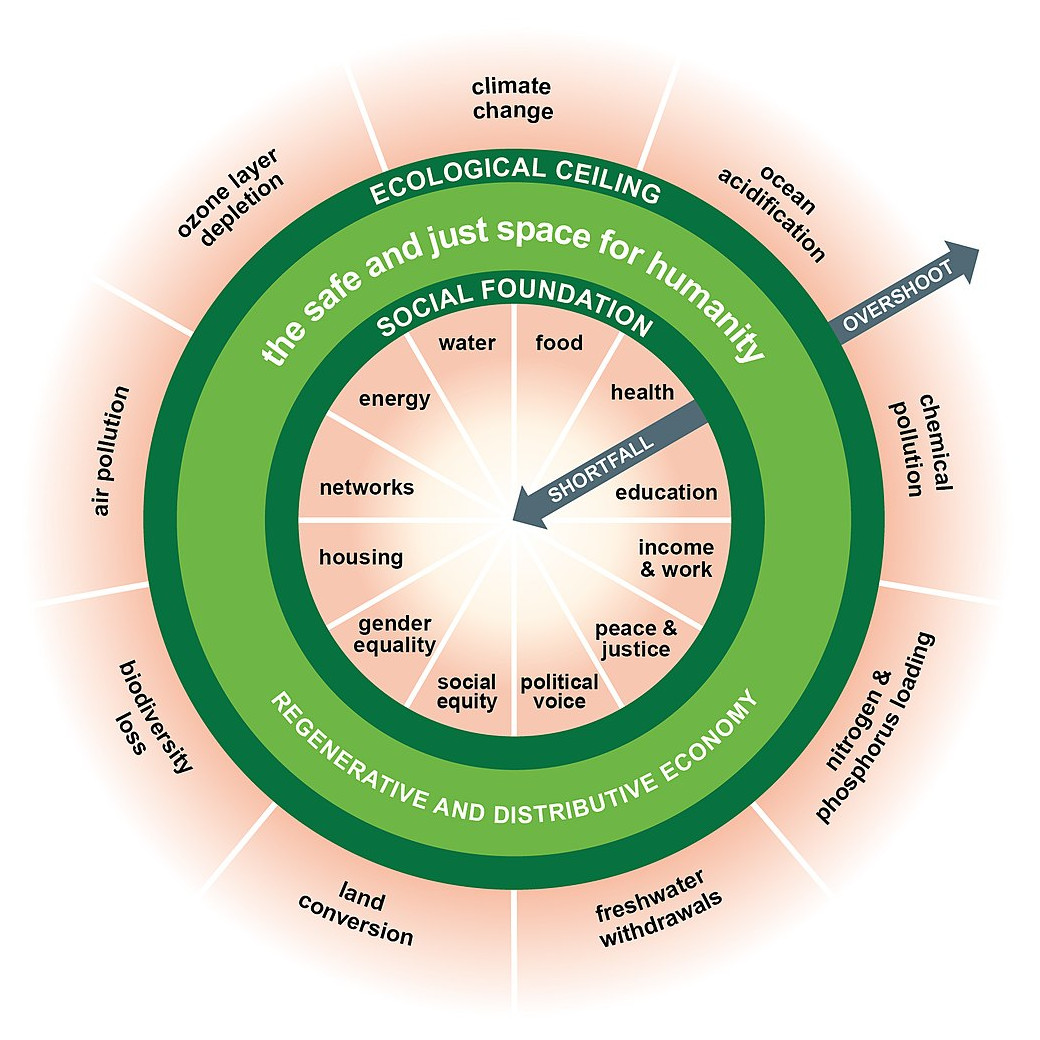 This year offers the further promise of being able to directly contribute towards next systems economic thinking through Code for NOVA's planned partnership with The Democracy Collaborative and the Next Systems Studies program at GMU, and my trip to Liberia this Summer is resulting in an emerging plan to engage a group of MCSS students in a social justice computing project aimed at their particular needs.

What Does Social Justice Computing Look Like in Liberia?

In Liberia, it is overwhelmingly the inner ring of Kate Raworth's doughnut that is of paramount concern, with the threat of a shortfall in meeting the barest minimum requirements of a viable social foundation constantly looming. For an ICT program here to be of any use to the people, it has to directly serve in the production and distribution of the food, clothing, shelter, medical care, education and other human needs of the people.

I came here specially to help my friend Isaac Zawolo ("the Supe" as he is affectionately called) build an ICT program within MCSS. Naturally, I am hoping to find a way to do this that promotes solidarity and is explicitly anti-imperialist (see Vijay Prashad: What is imperialism?).

Since desktop computers are very uncommon here, but mobile computing is practically ubiquitous, any useful ICT tool for helping address Liberia's needs will of necessity be mobile. I have long been aware of this reality, which holds in my wife's native El Salvador as well as it does here in Liberia. Yet as someone deeply committed to democratic computing, I resisted even getting a mobile phone until I could find one that ran free software, which for a long time was not really possible. The mobile landscape is dominated by the worst tech oligarchs, and freedom has been almost completely absent from the mobile landscape they have constructed.

If I want to help an ICT program in Liberia, however, I will need to fully embrace mobile, so it's time to dig in and find the best path forward.

A Mobile Platform for Democratic Computing

My search for a shared, democratic, participatory mobile platform has been a long journey.

Back in 2015 I jumped into the Firefox OS community, and would have happily remained there had the project not died (see Learning and Teaching Firefox OS and Mobile Happiness with Firefox OS!).

About a year ago I made a post about my switch to LineageOS on my daily use phone. That phone with that OS served me well, but events here in Liberia have just led me to reinstall Ubuntu Touch (UT) on it.

The following things led me to do this:

So now I have a developing plan for how to move forward with the ICT educational program with the Summer MCSS students.

Things Are Coming Together in Week 5

Last Saturday the long awaited shipment of laptop computers arrived. MCSS has been officially on holiday Monday, Tuesday, and Wednesday for Liberia's Independence Day celebration, but Spencer and I came in on Monday to setup the lab with the new computers. With Spencer and I working together, we were able to setup the whole lab in half the time it would have taken me alone.

When students arrive to class tomorrow, they will find the lab transformed. The laptops are much newer computers than the old desktops they are replacing, and they will play sounds and connect together through the wireless network. They also take up much less space and make the lab look a whole lot nicer.