I *Love* My De-Googled, May First Technology Movement Connected Phone!

In the age of tech oligarchs and surveillance capitalism, trying to find a mobile device that doesn't spy on me and use my behavioral data to try to manipulate me every chance it gets is a real challenge.

To be clear, unlike many, I am not particularly concerned with the privacy aspect of this problem. I believe that "privacy" is dead in the 21st century, never to return, and that anyone who doesn't realize this is both naive and foolish. What's more, I consider privacy to be a bourgeois notion that has probably done more harm than good (how much "privacy" do you imagine there was in an Inuit igloo or a Lenape longhouse?). What we really need is not privacy, but transparency and democracy, so that we the people actually know what is going on and have the ability to directly influence the world in which we live.

Utopian dreaming aside, what bothers me most on a day to day level is the tendency of capitalist social relations to de-humanize me and turn me from a human being into a commodity. Once my phone started asking me to rate my experience every time I walked into a store or restaurant, I had had enough. Spy on me if you must, but leave me the hell alone! The problem, of course, is that the surveillance capitalists will never be able to leave me alone, since their entire business model is built on monetizing their ability to find out what moves me, including, and perhaps especially, my deepest fears and fetishes, and to use them to manipulate my behavior.

So, I've been looking for a way to unplug myself from the the matrix for a while now. I have an intriguing, but not at all usable Librem 5 (it is awesome to be able to ssh into my phone, but it is not really usable for much else yet). I have an old Nexus 5 running UBports, and I was very involved in the sadly discontinued effort around Firefox OS.

I am most happy to report that at long last, thanks to the May First Technology Movement and LineageOS, I have found mobile bliss. This post is already getting rather long, and if I describe all the specific details of how I use my phone it would go on interminably, so let me just provide a list of my installed apps with brief descriptions, and hopefully follow it up later with more specifics.

My phone is a 2015 Nexus 6 running LineageOS 18.1. That means I have a 6 year old phone running the latest version of Android. I do not have Google Play Services, so I am not sharing all my behavioral data with Alphabet, Inc (mind you, I have no illusions that Alphabet has lots of other means to get data about me, but at least they can't ask me for reviews every time I go somewhere ;-) I have three screens with apps organized as follows. 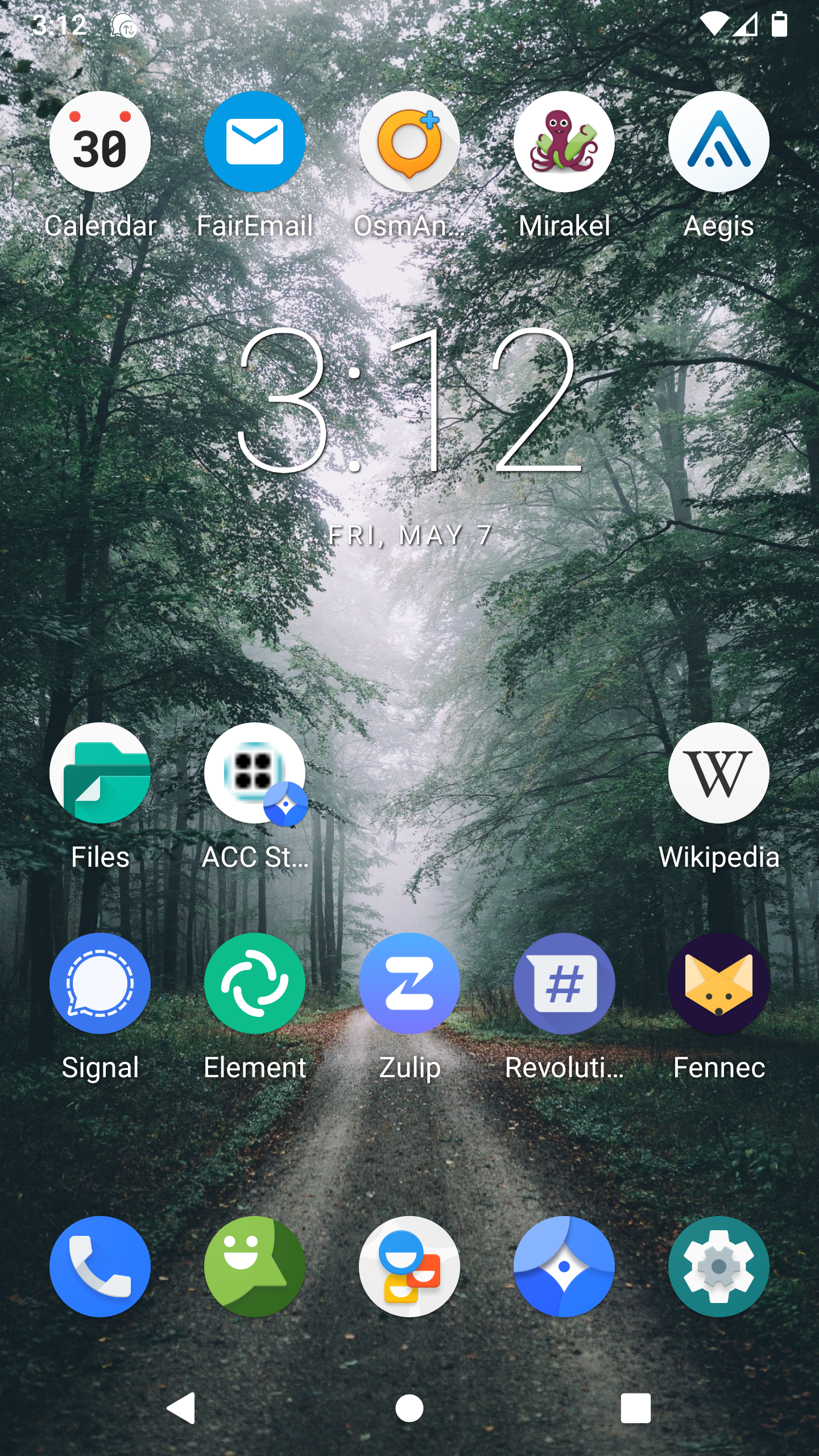 Which has the following apps: 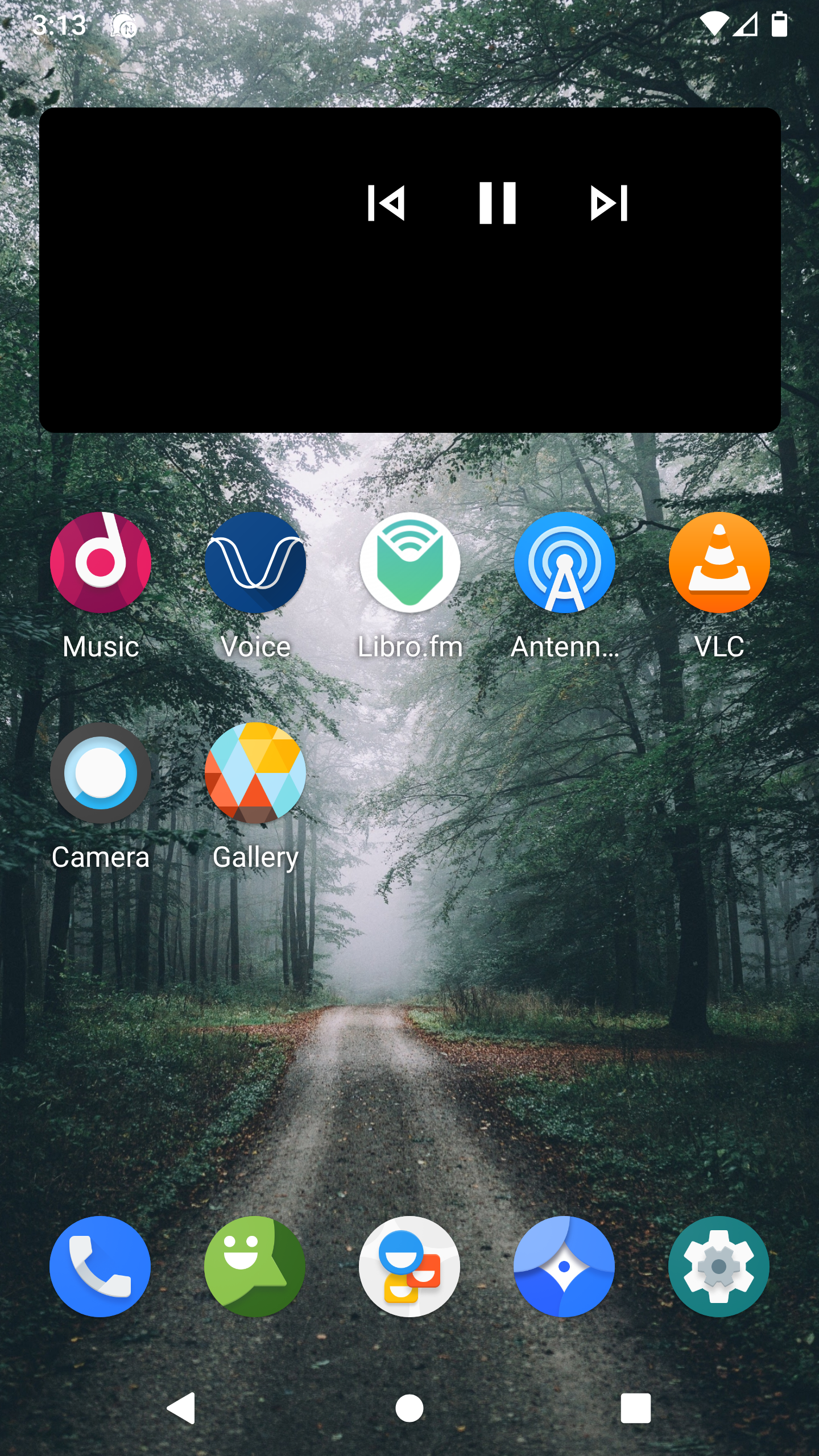 I keep my camera app, and apps for managing images, playing music, and listening to podcasts and audio books here.

My Utilities and System Services Screen 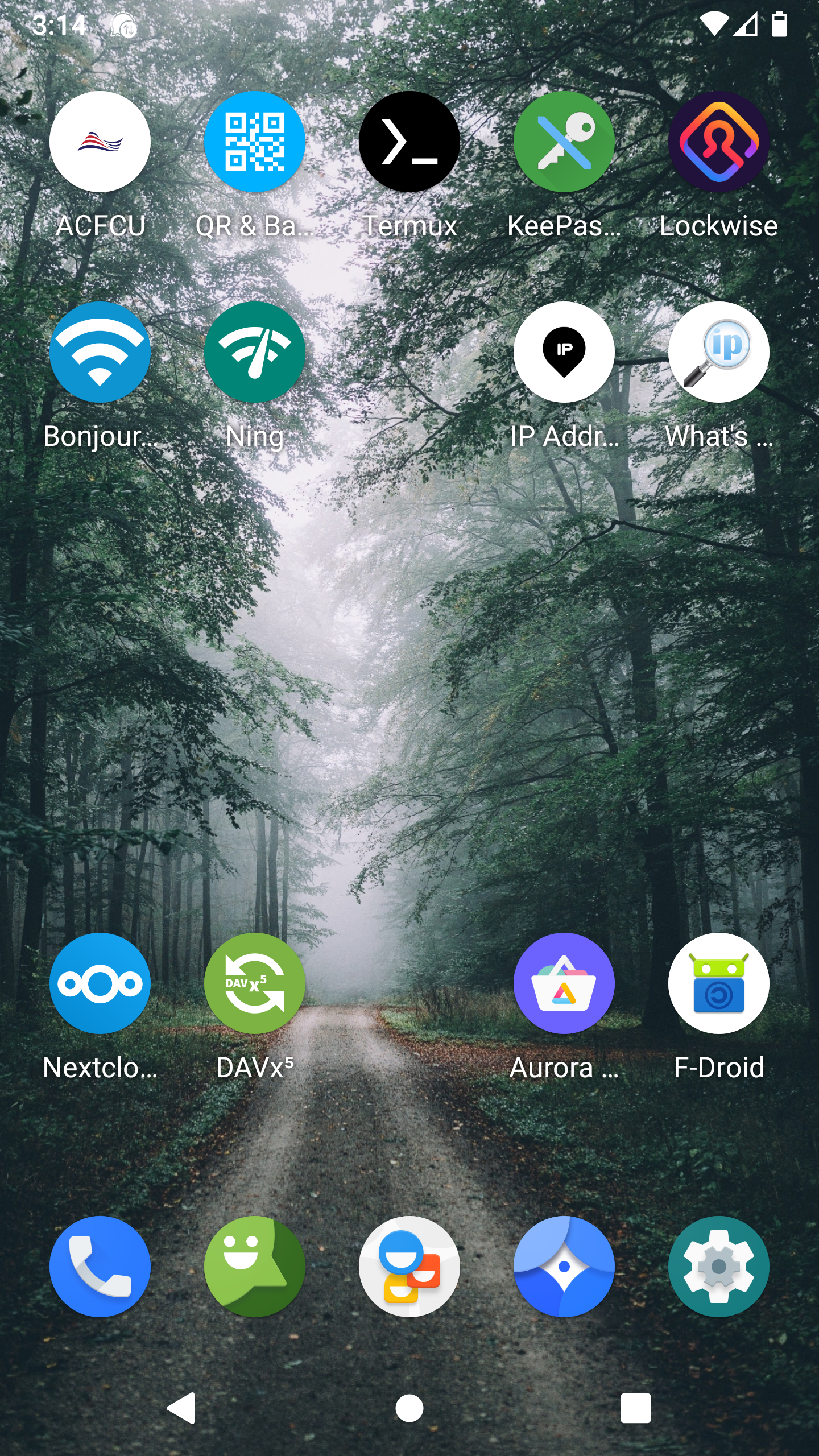 My third screen is used for utilities and system services.

In conclusion, thanks to May First's Nextcloud, I can use completely De-Googled LineageOS to do all the things I really want to do with my phone:

With my current LineageOS phone and May First Technology Movement cloud resources, I can now say that I lack nothing in what I need and want in a mobile device, all while avoiding surveillance capitalism and being part of the movement for a better, more democratic 21st century.